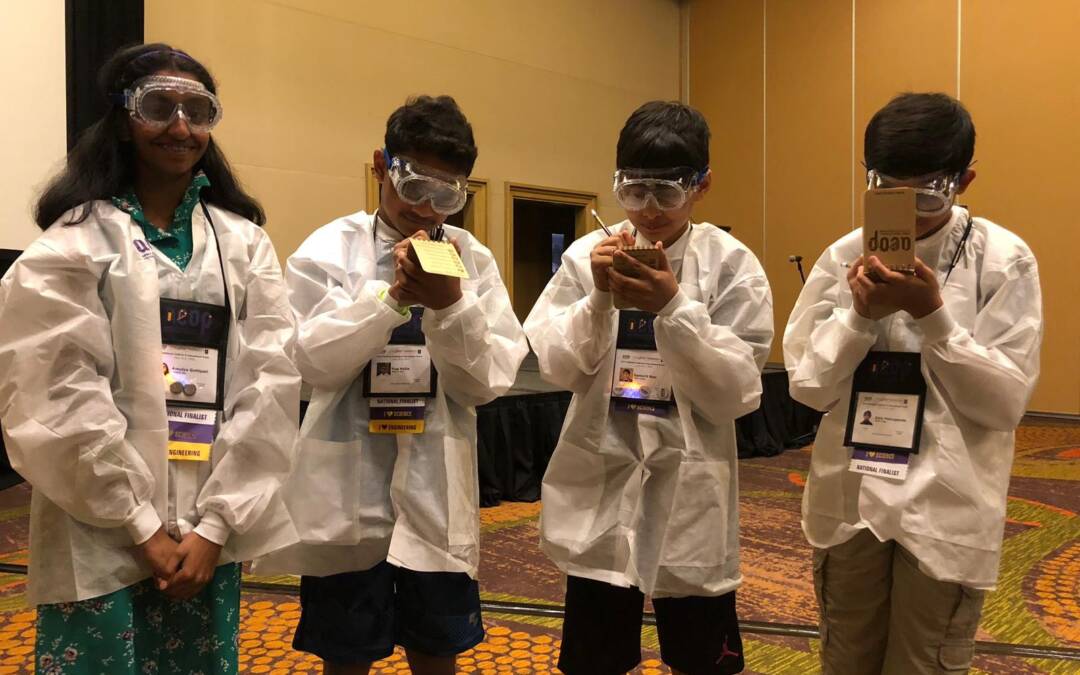 A team of four 6th-grade students from Stone Hill Middle School and the LVII community are celebrating their win as one of 20 National Finalists among the 5,000-plus teams that competed from around the country in the eCYBERMISSION competition sponsored by the U.S. Army. eCYBERMISSION is a science, technology, engineering, and mathematics (STEM) competition, for students in 6th to 9th grade that promotes self-discovery and enables all students to recognize the real-life applications of STEM.

Amulya Gottipatti, Samvrit Rao, Ajay Penugonda, and Yug Kolla were mentored by their team advisor and teacher, Heather Jackson. Their team came in 1st place across all 6th-grade teams in the Virginia state competition and the Northeast U.S. regional competition to make it to the finals.

Each student received $4,000 in Series EE savings bonds and a fully paid trip and stay at the 6-day national finals. A panel of judges consisting of U.S. Army scientists and engineers and other STEM professionals evaluated teams based on criteria including innovative ideas, benefit to the community, and overall development of the project.

Team Have A SAY (an acronym for Ajay, Samvrit, Amulya, and Yug) addressed one particular issue that arose from the devastating impact of Hurricane Maria on Puerto Rico. The loss of life impacted the community immensely as survivors faced extreme challenges accessing utilities like water and power. As aid came largely from donations of supplies, such as food packets and water bottles, due to the enormity of the damage caused to infrastructure, many donated supplies never reached those in need. The key element to the design was portability, allowing aid to airdrop into disaster areas. 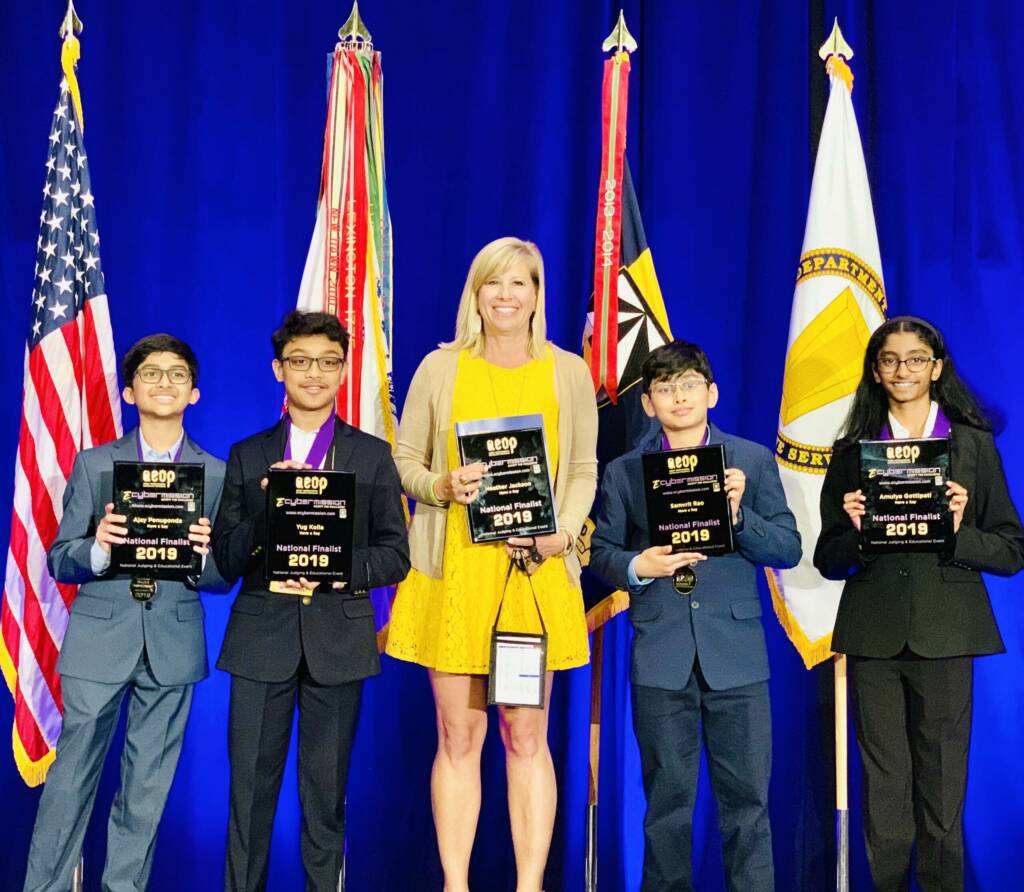 As part of their eCYBERMISSION project, Team Have A SAY sought a revolutionary solution to everyone’s most basic need: water. Overall, access to clean drinking water is often prevented by threats including farming pollution, industrial dumping, and distribution pipe deterioration in areas ranging from rural communities to some of the country’s largest suburbs.

The team focused on the lack of access to affordable water filtration products. Their solution? A simple, portable, environmentally friendly, low-cost filtration device. As part of their engineering design process, the team conducted an extensive research on the existing solutions in the market and the limitations that currently exist. The team evaluated several design solutions and came up with a prototype that uses all-natural filtering materials that can be made more readily available to those in need: activated carbon, coconut shells, and dried cilantro.

“Our team was very passionate about the idea and put in a lot of hours into the project,” Penugonda said. “I knew we had a good idea, but I was not sure how far we could make it in the competition. When I first found out that our team made it to nationals, it took me a few minutes to realize that it was true, but once it sunk in, I felt a great sense of accomplishment. I was proud of all the work we did. I will cherish this experience for the years to come.” 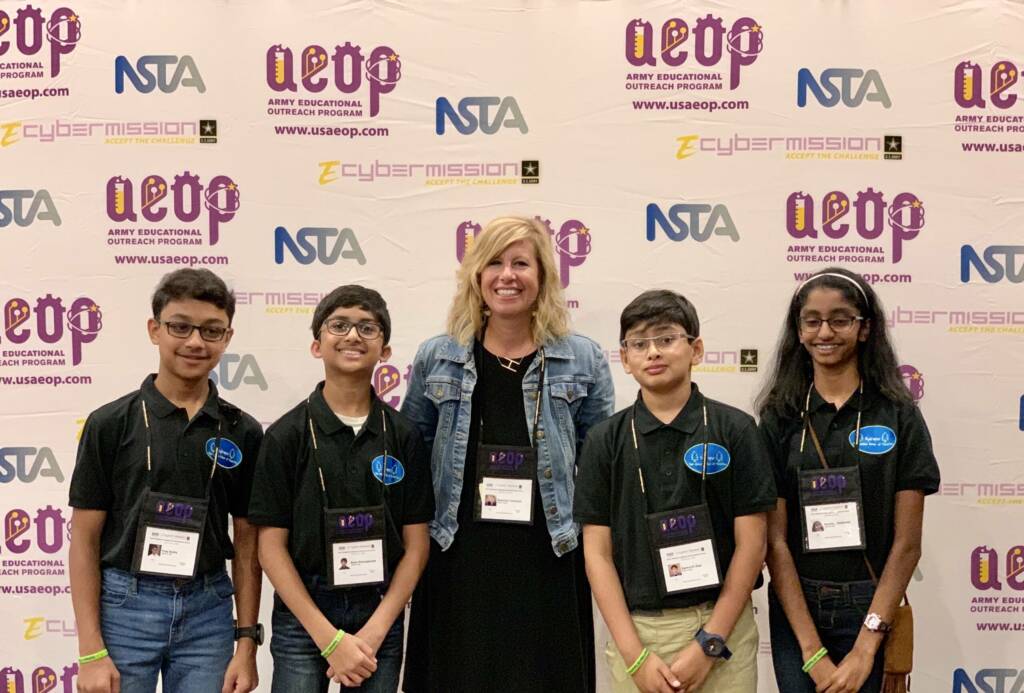