Honoring Those on the Front Line 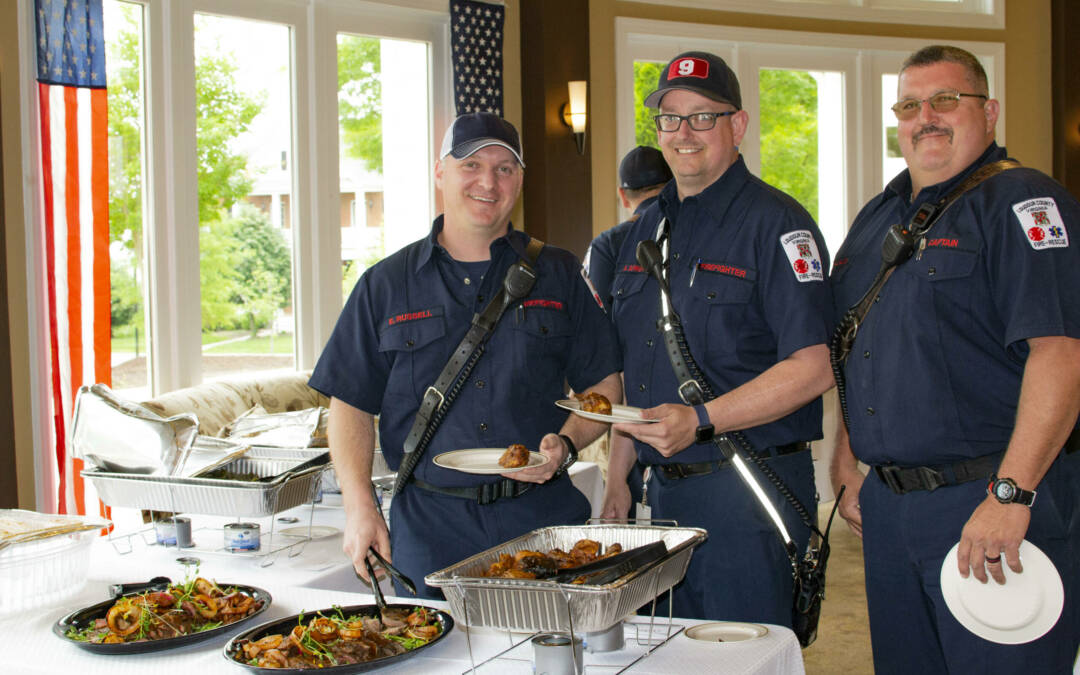 Honoring Those on the Front Line

Did you know there are more than 25 million first responders in the US?

LVII’s First Responders Luncheon, held on May 17 was well-attended by members of the Loudoun County Sheriff’s Office https://sheriff.loudoun.gov/and our local fire and rescue department https://www.loudoun.gov/fire. Rippy Gill, LVII’s on-site manager and the organizer of the luncheon, said the annual event honors those who protect and serve Loudoun County.

“I have a great respect for the men and women who risk their lives on a daily basis,” Rippy says. “It always amazes me that while most of us run from danger, these brave heroes run toward it with courage and a true sense of protecting the public.” Gill plans to expand the luncheon in the future to include the Ashburn police and the local state police.

“We all should all do more to thank the first responders who serve and protect our community,” she adds. If you would like to learn more, check out https://thankyoufirstresponder.org. The site was set up in 2014 to celebrate and support first responders. They even wrote an anthem exclusively for the occasion! Or circle September 25 on your calendar: It’s National First Responders Day.

But the very best thing you can do is keep an eye out for police officers, paramedics, EMTs, and firefighters as they move about our neighborhoods. Take a moment to stop and thank them for their service. Let them know you appreciate their choice to run toward a disaster or crisis to save lives and protect our community.